July 31, 1944. A B-24 Liberator bomber nicknamed The Irishman's Shanty returns safely to her home base at North Pickenham, East Anglia, England. Inside she carried the jubilant O'Sullivan Crew 713. These men had just become the first crew from the 492nd Bomb Group (H) to complete a 30 mission combat tour.

7 days later, on August 7th, 1944 the 492nd Bomb Group was removed from combat status. The 492nd suffered staggering losses. Several tough missions and old fashioned bad luck combined to plague the group, beginning with their first mission on May 11, 1944. The group as an active combat participant was only in action 89 days... less than 3 months. Of the original 74 crews who arrived at North Pickenham in April of 1944, only 36 crews remained 3 months later. To this day the 492nd stands alone as the only heavy American bombardment group to be removed from combat during WWII, and remains the only heavy bomb group removed from combat in the proud history of the United States Air Force due to high losses.

Crew 713 tells the story of this historic, and yes, lucky crew. The tale of O'Sullivan's Iron Men and the sad, short and violent history of the 492nd Bomb Group are forever entwined. Crew 713 returns us to the days when massive air armadas went forth to do battle with an implacable foe over the dark skies of Occupied Europe. It is the history of the most mass produced American military aircraft of all time; the Consolidated Manufacturing B-24 Liberator bomber, and the men who flew them through tremendous hardships.

Crew 713 is a story of grim determination and the triumph of the human spirit. Utilizing animation, pristine archival footage, graphics and contemporary music, Crew 713 is a modern approach to the tired WWII documentary genre. Crew 713 is the story of one crew. But it is the shared history of every crew who flew the Liberators, Fortresses, Mitchells, Marauders and the fighter groups that escorted them over Europe, Italy, North Africa, the Far East and the vast waters of the Pacific.

Crew 713 is a production of Shanty Films LLC in cooperation with Dancing Fish Productions LLC. 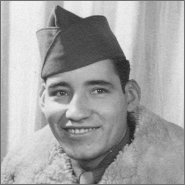 He would serve his country in 3 major wars, never wavering in his belief of service to a just country. He instilled in his children a sense of patriotism and civic responsibility; never missing an election at the local, state or federal level. He was the last surviving member of CREW 713.

Another “lifer” who served in the USAF for 3 major conflicts. He flew B52s in Vietnam. He had an easy-going, Irish Catholic attitude which masked strong leadership skills. The crew looked up to him as the captain of the ship. 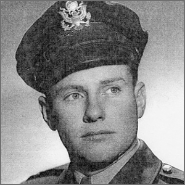 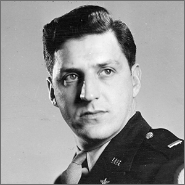 After completing his combat tour, he was assigned to Victorville Army Airfield in California. After the War, he shuttled heavy bombers from the Pacific Theater back to the Zone of the Interior. He remained in the newly minted United States Air Force and was killed in a training accident in 1953 in Arkansas.

A man who enjoyed his meals, he wrote many letters home to his folks exclaiming upon the many varieties of food available in the Army. A true gastronome!

He had a remarkable career after the War, worked for Dupont Corporation and eventually retired as Vice President of Marketing Communications in 1985. And, true to his character, he wrote a cookbook with his wife, Dee, called “The Happy Marriage Cookbook” (unpublished). 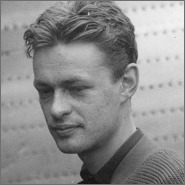 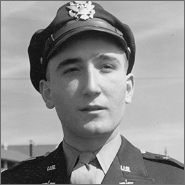 He flew over with the original 492nd as a member of the Jacques Crew. He joined CREW 713 after John Ruggeri bailed out on their 7th mission. Chaffee flew 23 missions with O’Sullivan and completed his 30 mission combat tour with the George Haag crew in the 44th Bomb Group.

At 28 years of age, he was the oldest member of O’Sullivan’s crew, and highest ranking non-com. Even the officers looked to him for guidance. He was a calming influence on the crew, as evidenced on their 7th disastrous mission.

Gildo was the first commander of the American Legion Post # 26-(Stafford, Springs, CT), which formed immediately after the end of WWII. 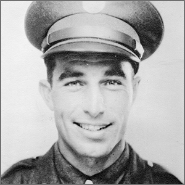 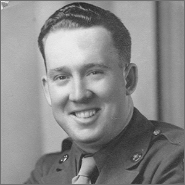 According to his niece, he was injured on one of the missions when exploding shrapnel sent pieces of plexiglass into the nose gunner station. Sgt. Coomer sustained minor injuries, none of which was life threatening. Upon arriving back at their base, his crew commander, 2nd Lt. David O’Sullivan, offered to put him in for the Purple Heart. He declined, saying that other men had far more serious injuries and were more worthy of the award. Humble man!

Barney was the last member to join Lt. David O’Sullivan’s crew. He joined them in Alamogordo, NM as the 492nd was continuing their training prior to departing the US for overseas deployment. It is generally believed that Sgt. Edwards and co-pilot, 2nd Lt Peter Leri, were the crew members who named their ship, “The Irishman’s Shanty”. 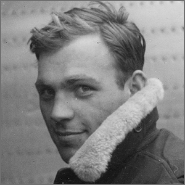 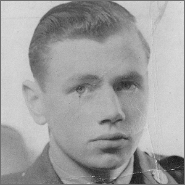 Was assigned to O’Sullivan’s crew at Casper, Wyoming. Completed 30 missions with crew. Honest to God, he actually received a “Dear John” letter while serving in the UK.

In 1956 he was a member of the graduating class for the Newark Police Department, but soon resigned his position. Married with one son, Daniel. Date of death is unknown.

Became first airman to complete a 30 mission combat tour with the 492nd BG on July 29, 1944, two days before his crewmates. This was accomplished by virtue of the fact that he flew as a replacement gunner for another crew on June 19, 1944; a date when O’Sullivan’s men did not fly. Took part in celebrations with rest of crew on July 31, 1944. 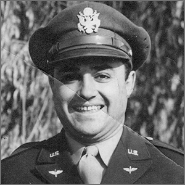 On the crew’s 7th mission, he decided to abandon ship-even though no order had been given. He became a Prisoner of War and was imprisoned at Stalag Luft 3.

On April 4, 1945 he attempted escape but was recaptured. He again attempted escape on April 24th, this time successfully joining the lines of the 3rd Army near Nurenberg. Remarkably, he then fought alongside them for several days before being sent to Camp Lucky Strike prior to being sent back home.