Crew 713 tells the story of 11 men who flew 30 bombing missions over occupied Europe during the latter stages of WWII. But more than that, it is a story of discovery. Writer/Director Alejandro Mena’s father, Nemesio, served as the crew’s Radio Operator. A proud Mexican American with an unwavering faith, Nemesio served his country through three wars. WWII would be the first and the toughest. Through the course of his research, Alejandro would discover new and remarkable stories about his father’s early life. Growing up in the tough neighborhood of Segundo Barrio in El Paso, Texas or picking fruit with his siblings on the migrant farms of distant California. These early experiences would shape his world view for the rest of his 84 years.

The film also aims to restore the “original” 492nd Bomb Group to its rightful place in military history. The true story of the original 492nd was all but lost, due to its swift and unceremonious end, and the subsequent re-purposing of the Group’s designation to the far more lauded 492nd/801nd Carpetbaggers. Only the hard work of a few dedicated historians and former 492nd bomb group members has kept the memory of this hard-luck outfit alive. Crew 713 picks up the reigns from these founders to bring this original history back into the light, restoring honor to the men who served and died during those 89 fateful days at North Pickenham, Norfolk.

Utilizing a combination of animation, modern music, filmed re-enactments, graphics, archival footage and veteran accounts, Crew 713 is bringing a new and fresh vision of the history of this crew, their bomb group, and the European air war of WWII. With this film we are also trying to revive this dying, (but intensely important) history, and make it accessible to a new generation.

Crew 713, in many ways, is not your average documentary film, least of all in its use of animation as a storytelling tool. While animation as a medium is common in documentaries, Crew 713 is taking it to a very different level. Not employing photo real reconstructions, rather we are bringing an illustrative, graphic novel style and sensibility to the animation as we tell the pivotal moments in the crew and group's combat missions.

Using a mix of traditional illustration, 2D and 3D animation, Crew 713 will bring these moments to life in a unique fashion. All to breath new life into the subject in a way to grab the attention and interest of a new, younger audience raised on Xbox, Twitter and TikTok. Our goal is to present this important history in an entertaining and memorable way to inspire further interest.

There are two major re-enactment scenes in CREW 713. One is Nemesio Mena climbing the Holy Mountain in El Paso, TX after the crew returned stateside upon completion of their combat tour. He had made a promise to God that he would climb Mt. Cristo Rey 30 times for 30 missions, if his crew was spared. They were and he did.

The second re-enactment will be shot in Dallas, TX with the cooperation of the Commemorative Air Force B29/B24 Squadron. This will be the 30th mission completed and the awarding of the Distinguished Flying Cross medals given to the men by their commanding general.

The El Paso shoot was completed in December of 2019. The 30 missions is planned for October of 2022.

One of the historians we interviewed was Brian Mahoney. His father was the late Lt. Colonel James Mahoney, who commanded the 859th Bombardment Squadron in the 492nd Bomb Group.

Lt. Colonel Mahoney smuggled a 16mm camera with him and shot footage of life at the base in North Pickenham and of the missions themselves. Spectacular, often breathtaking footage was shot on these flights.

The Mahoney family has kindly allowed us access to the use of the footage in our film.

The producers were able to interview 11 veterans for the film. Their testimony forms the framework around which the story revolves. We were also able to access an interview with Nemesio Mena, and several oral interviews with CREW 713 members Barney Edwards and Gildo Gregory. An oral interview with 467th BG crew chief, Joe Haenn also helps to move the story forward. In addition, we have secured interview footage filmed at the 2004 492nd Bomb Group Reunion in Salt Lake City. These interviews were conducted by the late Jim Lipscomb and permission has been granted for their use in Crew 713. 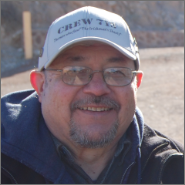 Alex has been employed for over 25 years in the Texas film and video production industry. Experienced as a producer, assistant director, script supervisor and grip/electrician, Alex has worked in and learned about the film industry from the ground up through countless hours of production work. Alex previously served as Director of Operations for the Dallas International Film Festival, (2011, 2012 & 2013) and the Lone Star Film Festival (2012, 2013 & 2014) in Fort Worth. In August of 2014, he was hired as Line Producer/UPM for the independent film, The Last Possession. The film premiered in 2017. In 2018 he produced the Women’s Texas Film Festival. Since 2019 he has produced over 30 corporate videos for Toyota of North America. He has also produced 4 concerts for the U.S. Mexico Chamber of Commerce.

Alex is the son of Crew 713 Radio Operator, Nemesio Mena.

Fiona Hall has been working in independent film production on features, TV dramas, documentaries, animation, short films and promos since 2003. For 3 years, she worked on the 2011 Oscar nominated feature film The Illusionist as production manager, overseeing scheduling, budget and recruitment. She has also worked at the Edinburgh and Dallas Film Festivals and set up her own film festival, the Leith Film Festival, which ran a successful annual 24-hour film competition. 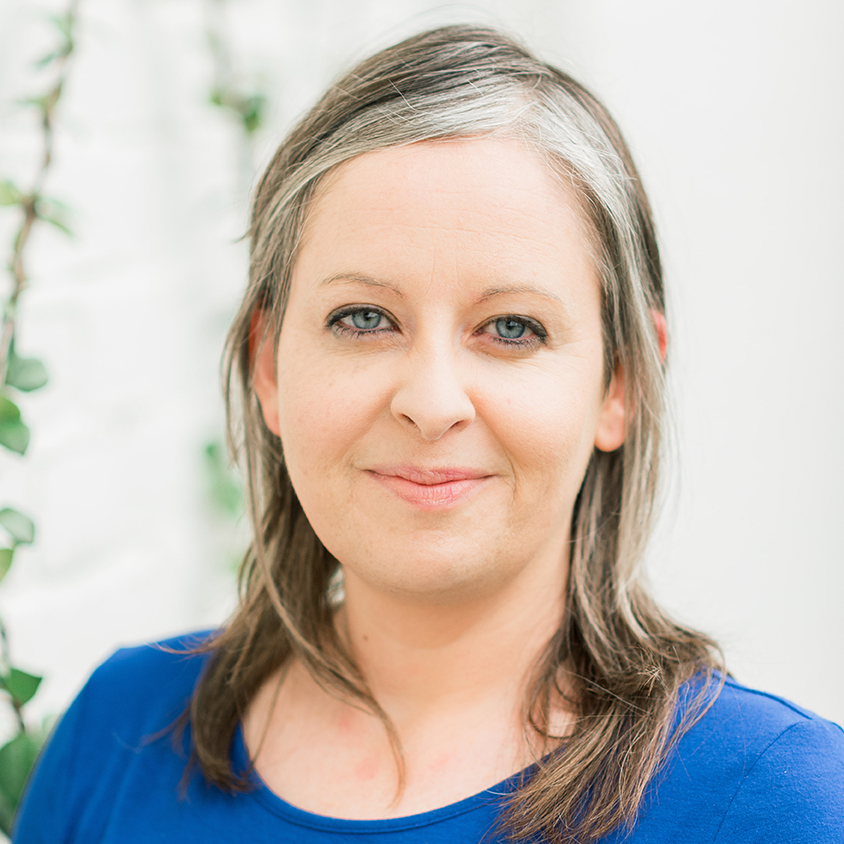 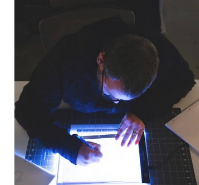 Justin has over twenty years of experience, working in film, television, games and commercial animation. Trained traditionally in 2D hand drawn animation, his career has included BAFTA and Oscar nominated projects such as, The Illusionist, Monsters, OOglies and Tiny Planets.

For Crew 713, Justin is producing the integral animated segments which help to tell the mission stories of the 492nd bomb group. And, as Dancing Fish Productions, he is serving as one of the film's producers.

Once upon a time, in a land far, far away called Cornwall (Southwest England) a boy was born, called Damien.  Growing up, Damien spent most of his time doing two things in equal measure – one: daydreaming and two: drawing.

After several school reports highlighting that having his head in the clouds wasn't very proactive, he decided to focus on drawing and set off to discover new lands (university).  Damien worked hard to gain a place in the most prestigious university in all the land, the Arts Institute of Bournemouth where he gained a BA Honors in Animation Production.

Armed with his new knowledge, he set off on an adventure, which lead him to the Oscar nominated animated feature film “The Illusionist” (2010 / assistant animator) and to the world of storyboarding with the likes of Aardman.  Damien has illustrated numerous children’s books working with publishers like Simon & Schuster, Scholastic and Random House.  He lives in Cornwall, England. 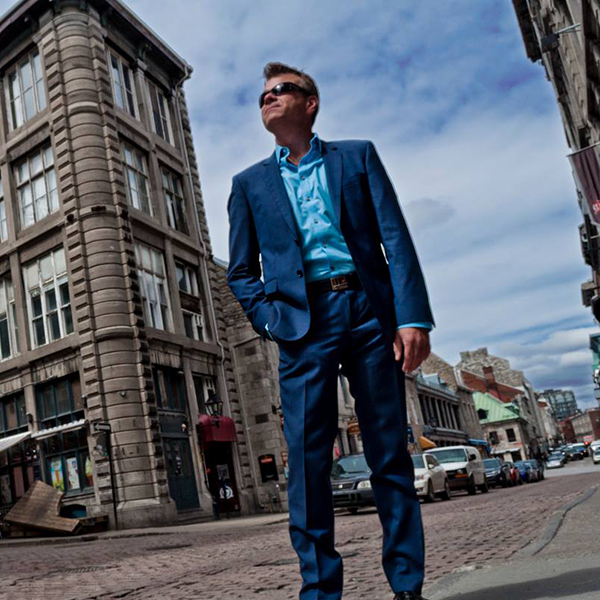 Bringing his love of narrative and visual storylines to commercials and digital content, Christopher's knack for working with people to build moods combined with moving visuals have all contributed to his success in producing high end commercials and short films.

It is perhaps unsurprising that Christopher has a gift for capturing natural beauty and extreme action in elegant and diverse photographic styles. His understanding of light and camera, his experience in shooting multiple styles and the creativity he brings to each job has fashioned a varied and exciting body of work.

JP Evans brings over 25 years of location audio recording experience to the production of CREW 713. His work has been heard on all major networks, Canada's CBC, & European outlets. He has honed his skills with a steady diet of commercials, documentaries and corporate videos. 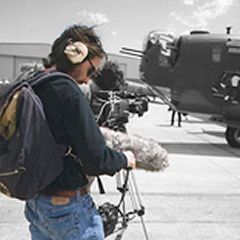 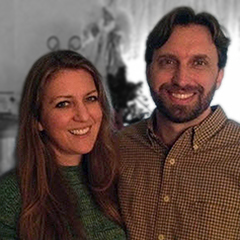 Christine Switzer has been a freelance writer since 2007.  Switzer holds a Bachelor of Arts in journalism and a Master of Arts in English and has taught university courses in communication, public speaking and journalism at St Edward's University in Austin.

She has worked as an research consultant for feature films "Angels and Demons" and "Cinderella Man," as well as documentaries and book projects.  She contributes to travel and regional periodicals such as Georgetown View, Inside Texas Wedding and Burlington the Beautiful.  She enjoys writing on travel, lifestyle and the workplace.